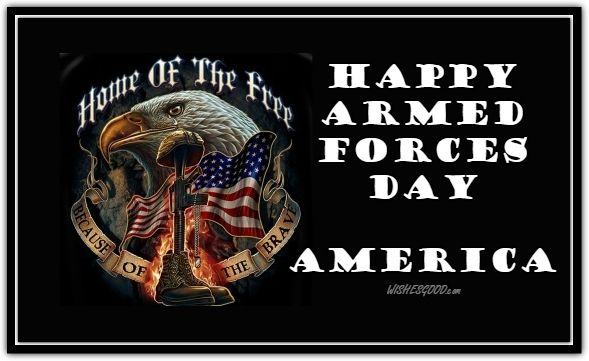 to all our
Brave Men and Women
who have Served and are Serving
Our Country with
Bravery, Dedication and Self Sacrifice!

From all of us at
Care Wagon Medical Transport!

President Harry S. Truman led the effort to establish a single holiday for citizens to come together and thank our military members for their patriotic service in support of our country.

On August 31, 1949, Secretary of Defense Louis Johnson announced the creation of an Armed Forces Day to replace separate Army, Navy, Marine Corps and Air Force Days.
The single day celebration stemmed from the unification of the Armed Forces under the Department of Defense.

Armed Forces Day
falls on the 3rd Saturday in May

Posted by Care Wagon Medical Transport at 11:21 AM No comments:

Happy Graduation To All Our 2019 Graduates! 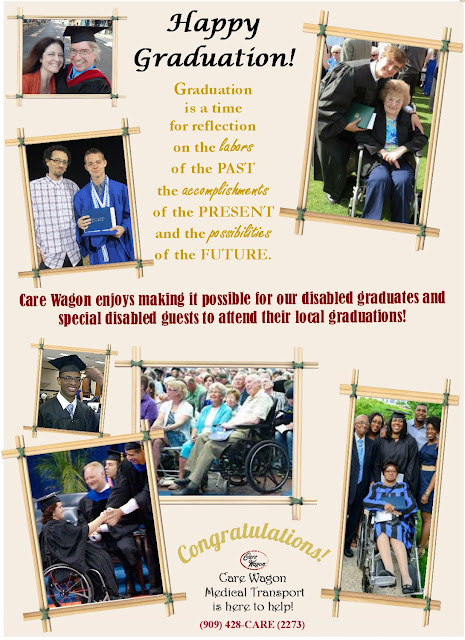 Posted by Care Wagon Medical Transport at 5:44 AM No comments:

Posted by Care Wagon Medical Transport at 4:23 AM No comments:

From Our Care Wagon Family To You and Yours! 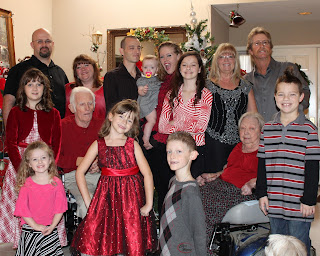 Bring On The Merry and Have Your Jolliest Holiday Ever! 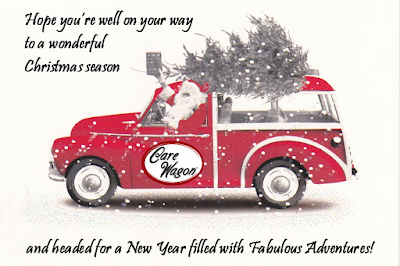 Our Care Wagon Medical Transport Team is excited to provide wheelchair accessible transportation for our disabled neighbors to attend holiday gatherings or nearby worship services, shopping trips,
or even future hair dresser/barber appointments!
Call us now to discuss your great destination ideas.
(909) 428-CARE (2273)

HAPPY HOLIDAYS TO ALL! 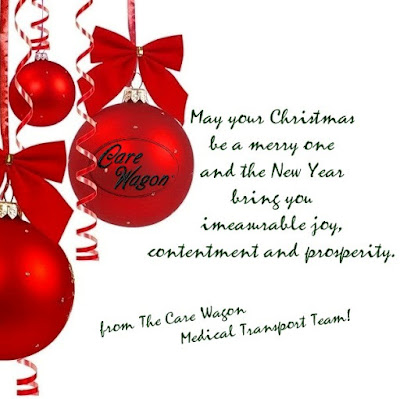 Posted by Care Wagon Medical Transport at 2:11 PM No comments:

Best Wishes for a Wonderful Thanksgiving!

HAPPY THANKSGIVING FROM OUR CARE WAGON FAMILY TO YOURS! 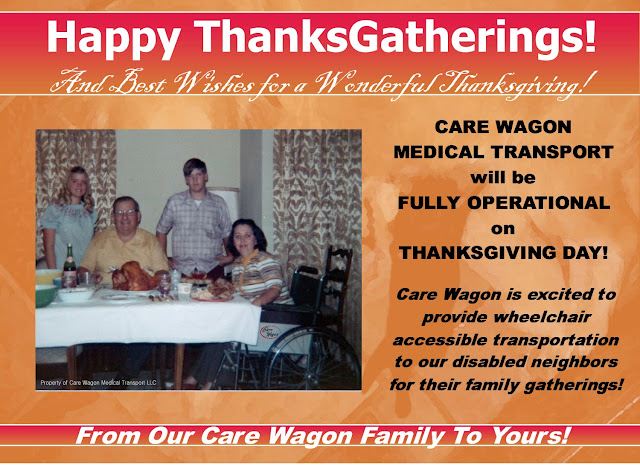 Making it possible for "Special Disabled Guests" to attend
Family Holiday Gatherings is our joy!

Care Wagon will be closed Friday, November 23rd
to celebrate Our Family ThanksGathering
and will reopen on Monday, November 26th, to serve you.

Posted by Care Wagon Medical Transport at 5:47 AM No comments:

Care Wagon Medical Transport and The Better Hearing Institute (BHI) is urging families across America to encourage loved ones with hearing loss to get their hearing checked and to have any hearing loss properly treated.


By visiting www.hearingcheck.org, family members can use a simple, interactive screening tool to check their hearing in the comfort and privacy of their own homes. Families can also check their hearing together during holiday gatherings as a way to offer support to loved ones.

"The holiday season is meant to be a time of thanks, celebration, and joy," says Sergei Kochkin, Ph.D., Executive Director of the Better Hearing Institute. "But for many people, it is a time of year when unaddressed hearing loss can cause them to feel particularly isolated and depressed. Even when surrounded by loved ones, a family member's impaired ability to hear and  actively participate in conversation cuts them off. Oftentimes, they are left with a sense of sadness, inadequacy, and emotional isolation. This is especially true when the hearing loss is either unrecognized or is being 'hidden' by the family member with hearing loss."
Hearing loss is one of the most commonly unaddressed health conditions in America today, and affects more than 31.5 million Americans. When left untreated, hearing loss can lead to isolation and depression—a health issue that is already prevalent during the holiday season and may likely be more widespread this year, given the added financial worries that many Americans are currently facing.
So this year, be especially vigilant if you see that Uncle Fred is quiet at Thanksgiving or other holiday dinners. Maybe he can't hear you and needs your help in bringing him close to the family again.
Signs and symptoms of hearing loss include not being able to hear well in a crowded room or restaurant, having trouble hearing children and women, keeping the television or radio turned up to a high volume, needing to ask family and friends to repeat what they're saying, or experiencing ringing in the ears.
"When a family member experiences unaddressed hearing loss, it silently erodes the loved one's quality of life—undermining family relationships, interfering with short-term memory, and creeping into virtually every aspect of daily living," says Kochkin. "The good news is there are solutions to help loved ones with hearing loss regain the gift of sound so they don't need to draw back in silence. Hearing loss can be easily diagnosed, and there are modern-day solutions that can help people hear better."


If someone you love is experiencing hearing loss, try these tips to help them feel included in your upcoming holiday celebrations:


"Most important, if someone you love appears to have a hearing loss, encourage them to get a hearing screening," Kochkin urges. "Many people decide to get their hearing checked because someone they love suggested it and provided support. And now, with the interactive tool available at www.hearingcheck.org, family members can more easily take that first, critical step in reclaiming their hearing, quality of life, and relationships."

What better gift can you give
this holiday season?


We Get You There With Care!

Posted by Care Wagon Medical Transport at 2:45 PM No comments: 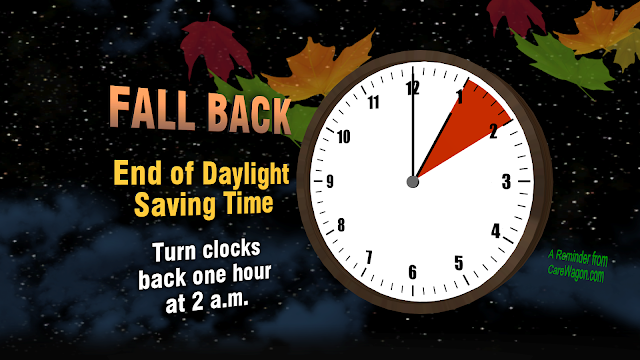 Please also reach out to your elderly relatives, friends and neighbors that may need help completing these tasks for their safety!

This 1st WEEKEND of NOVEMBER we all get an extra hour of sleep as we turn our clocks back one hour to mark the end of Daylight Saving Time. The American Red Cross recommends changing your smoke alarm batteries and testing those alarms at the same time.

In addition to checking your smoke alarms, Care Wagon is also asking everyone to PRACTICE HOME FIRE DRILLS. Make sure all household members know two ways to escape from every room of your home, and set up a meeting place outside in case of fire. Practice escaping from your home at least twice a year and at different times of the day. Teach household members to stop, drop and roll if their clothing should catch on fire.

Enjoy your extra hour of sleep this 1st Weekend of November!

Posted by Care Wagon Medical Transport at 10:35 AM No comments: